Canadian Ryugaku is a support service for Japanese people considering Canada as their destination abroad.

Our main services are to :

While there are many companies to choose from, Canadian Ryugaku is the number 1 choice because we have real experience and expertise living successfully in Canada and Japan. In short, the knowledge and advice we can give you separates and distinguishes us from the pack.

The main goal of Canadian Ryugaku is to make sure you have a rich and meaningful life experience studying abroad in Canada.

We can support your English Language Studies in Canada in the following cities:

We would like to support your English Language studies by consulting with you to find out which city and which school in Canada would be the best match and environment for you.

You will have the choice of having a Homestay with a Canadian family or living on your own in a dormitory or apartment.

Canadian Ryugaku's team is made up of Japanese and Canadians, so we can support you by explaining important cultural and social information regarding the various cities, schools and conditions in Canada.
Let us support you to realize your DREAMS !

The goal of Canadian Ryugaku is to make sure you have a rich and meaningful life experience studying abroad in Canada.

We can support your English Language Studies in Canada in the following cities:

We would like to support your English Language studies by consulting with you to find out which city and which school in Canada would be the best match and environment for you.

You will have the choice of having a Homestay with a Canadian family or living on your own in a dormitory or apartment.

We have already developed close relationships with top schools in Canada and negotiated with these partner schools, so if you register through us to study in Canada, not only do we support you with valuable advice, but we can also offer you reduced tuition fees.

Toronto is the business capital of Canada with the largest population of any Canadian city, approximately 6 million people in the greater metropolitan area.

It is an ideal city as it boasts many large peaceful parks, which include Queen's Park, Christie Pits, High Park as well as the almost hidden park, Cloud Gardens, which has both open areas and a glassed-in greenhouse in downtown Toronto. While it is very modern and progressive, it is also has many quiet, serene places making it conducive to student life.

Vancouver is Canada's third largest city, having a wide variety of unique activities, especially for students. The combination of the stunning ocean, shiny skyscrapers, and majestic mountains create the most wonderful scenic views.

The city is in British Columbia, but British is only one of many cultures that exist in modern Vancouver, which includes aboriginal tribal culture, Japanese, Chinese, Punjabi, Filipino, as well as many others.

Vancouver is a "Fitness City" for Visitors and Locals where you can rent bicycles at Stanley Park, participate in a yoga class on the beach, or go sea kayaking on False Creek.

Vancouver's recreational activities make it both fun and easy for visitors and locals to interact.

It has a great environment for student life as there are many reasonably priced restaurants along with many quiet places to study in.

Montreal, Canada's second biggest city is in fact an island metropolis, resting on the banks of the mighty St. Lawrence river.

It hosts international Jazz And Comedy festivals and pleases all visitors with its culinary French-Canadian delights.

This unique city, with its rich European heritage and historic streets of the newly revitalized Old-Montreal, exudes vitality like no other North American city.

Bilingual in English and French, Montreal's global mosaic of Scottish, Italian, Portuguese, Filipino, and Greek ethnicities, create a powerful exuberance which entices both locals and visitors.

A University city named after its most central attribute, Mount Royal, Montreal is definitely a great choice to study, work and simply enjoy the combination of the old and new worlds all in one.

Kelowna (population of 106,700) is the largest city in the Okanagan, and one of the fastest-growing places in Canada.

The city rests along the long Okanagan Lake at the center of a vast fruit, wine, and vegetable-growing area, with lots of sun and a resort atmosphere and lifestyle.

Kelowna has often been compared to California with its beautiful mountain and lake scenery along with pleasantly warm summers and moderately cold winters, compared to other places in the Okanagan Valley.

Watersports and golf are the main leisure activities, and it's hard to imagine a better outdoor-family-oriented vacation spot.

With plenty of marinas and beautiful beachfront parks downtown, there is no problem finding a place to enjoy the great outdoors.

A smaller city like Kelowna tends to have less students from abroad than the bigger Canadian cities.

ILAC is located in both Toronto and Vancouver, which are two of the best cities to live in the world, according to UNESCO.

Toronto is the largest English speaking city in Canada and Vancouver is the second largest.

ILAC has won numerous industry awards, was voted the #1 English language school in Canada and has partnerships with over 40 Universities and Colleges in Canada.

They also have programs for every age, level and purpose, students from more than 70 countries around the world and a very friendly and comfortable atmosphere.

Additionally, they provide Homestays and have Counselors who speak more than 14 languages, including Japanese, Chinese, Korean and Thai. 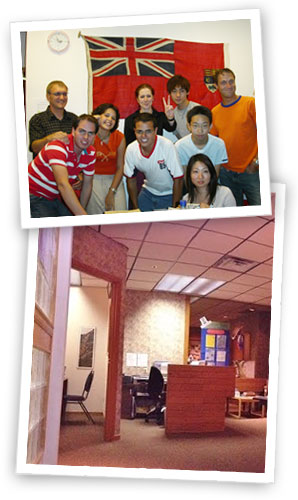 IGK is located in the beautiful city of Kelowna, in the Okanagan Valley, in the southern interior of British Columbia.

IGK was invited by the City of Kelowna and the Kelowna-Kasugai Sister City Association to attend EXPO 2005 in Aichi, Japan.

IGK is located in the central downtown area of Kelowna which is a vibrant, friendly and exciting place to learn English.

It has highly qualified teachers and staff which are carefully chosen for their professionalism, integrity and exceptional customer service skills.

The school's motto is "English for Life."

IGK is a Cambridge testing venue which offers English as a Second Language (ESL) programs to students in a safe, caring and affordable environment.

They provide Homestays and have staff who speak Japanese.

Tamwood has excellent schools in all the best locations of Toronto, Vancouver and Whistler, as well as summer and winter camps in top American cities.

Tamwood not only offers English language training, but also work and internship programs with companies and government.

They particularly understand the important need for extra support in acquiring new language skills and therefore implement vital one on one personal counseling/coaching with all students.

This counseling and support is delivered by the Tamwood Team which is made up not only of Canadians but teaching professionals and management from many countries, including Japan.

CCEL is a private college in Vancouver Downtown with a capacity of 400 students. Additionally, they have a partner college in Spokane, Washington State, USA.

CCEL has English programs designed to improve overall competency in English and are intended to prepare students for exam courses such as Cambridge and TOEFL, university pathways, career advancement, or for personal interest.

Their SMRT curriculum engages students with the use of online resources, they have multiple class options for each English Level, and students can change their elective classes every week.

All students have the possibility of moving up a level every month, and they provide many full time Student Services Staff to support students in their studies and lives abroad.

CCEL has fully furnished single and shared apartment residences for students in both Vancouver and Spokane, conveniently located close to schools, that are a great place to meet and get to know other students from around the world.

Across Canada, Richmond is considered the leading school district in the development of English as a Second Language (ESL) curriculum and assessment.

In fact, the British Columbia Ministry of Education considers their ESL programs to be the standard for the entire province.

All homestay families are part of their own homestay program which offers all students a warm and supportive English language, middle-class West Coast Canadian family immersion experience.

Student support is comprehensive, proactive, and reinforced by multi-lingualism.

CLLC began as a school on the east coast of Canada in Halifax, Nova Scotia but has branched out into Ontario in both Toronto and Ottawa.

Their skilled ESL teachers and academic team have developed, and continue to develop, a curriculum that includes the use of technology and audio/video equipment to address various learning styles.

They help students achieve their educational objectives by establishing short and long-term goals on an individual basis, and by setting periodic update meetings to ensure the students are on pace.

Most notably, in order to pursue higher education at a Canadian College or University, CLLC academic advisors will help students choose the university program that’s right for them, assist with the application process and make sure they stay on track to reach their academic goals. 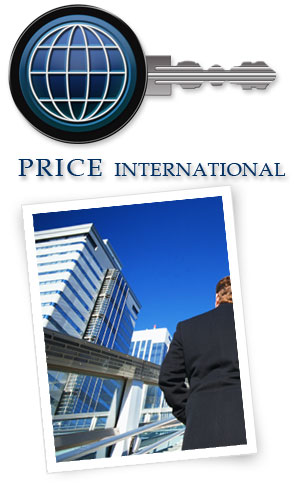 When it comes to airline tickets, the handling of the health/travel insurance, we partner with HIS Travel Agency.H.I.S. travel in Japan can provide you with the best possible service to help you have a safe and secure trip.